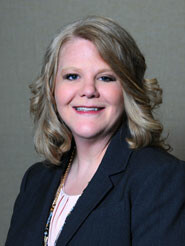 Holly is a life-long United Methodist and grew up in the Central Texas Conference in Stephenville and Granbury. She attended Southwestern University in Georgetown and graduated with a Bachelor of Arts in Child Study and Language Development.

Holly has always been passionate about children and helping them realize (as well as the adults around them), that they complete spiritual beings NOW. She began her professional career as an elementary school teacher in Allen and Pflugerville ISDs before answering God’s call to professional ministry. She attended Candler School of Theology at Emory University in Atlanta, Georgia, graduating in 2002. While in Georgia, she served as the Director of Children’s Ministry at W.R. Cannon United Methodist Church in Snellville and continued in Children’s Ministry when she returned to Texas.

Holly was ordained Deacon in Full Connection in 2005, and then made the transition to Elder in 2012 after realizing God’s evolving call upon her life and ministry. She became the Executive Pastor in 2016 and has a passion for discipleship and helping people discover and use their strengths and gifts as they serve God and neighbors.

Holly and her husband Rob have an amazing son who is a source of deep joy. During what free time they have, they enjoy being outdoors, hiking, gardening, porch sitting, and reading.