Men Are Not Supposed to Work in the Kitchen! 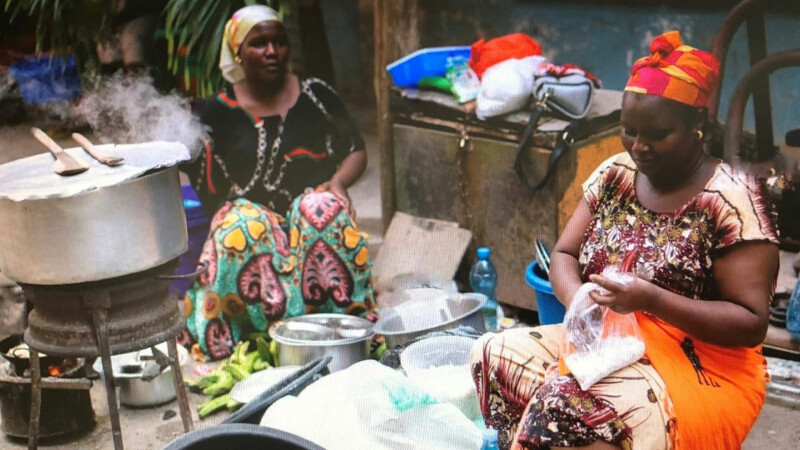 In Africa, a woman is commander-in-chief of the house. She works with her children and any relatives living within the house. Some women work in the fields, some in the markets, and others in the public and private sector. The men go to work and when they come back home, their duty stays at the office.

Culturally, men are not supposed to work in the kitchen. They wait for food and say, “When will the food be ready? We are starving. Why is it taking so long for the food to be ready? Can you hurry up? Our stomachs can’t take it anymore.” At that time, the women take command in the kitchen with their helpers to speed up the work as a cooperative. Food is soon ready and on the table. After they finish eating, the women and her helpers clean up and do the rest of the chores in the house.

Mrs. Luta Tshihamba from the Democratic Republic of the Congo in Africa talks about her experience of this cultural behavior in the following story.  She says, “When I came to the United States, I continued doing all the work in the kitchen by myself. My helpers stayed back in my country. I had to do it no matter if I was sick or tired. My husband had to eat. After he finished eating, he would go back in the living room or do something else. Now that we have been here in the States for a while, he has begun to change his mind about this cultural behavior. He now helps me a lot with the cooking and irons his clothes. Sometimes he cleans the dishes and does other things around the house. This has been a big break away from the cultural belief, a big change indeed.”

This change has been a big relief in Mrs. Tshihamba’s life. She continues to say this. “At my age, I am not the same women I used to be when I was in my forties. Now I get tired a lot without producing the same amount of the work I used to produce. Any help that comes my way is appreciated. I am glad my husband is willing to give me that. Sure, I will try to keep some of my culture related to the change. I am going to try to respect him and his decision. I am not willing to impose on him anything he does not want to do. All I can do is to ask him in a gentle way if he is up to doing it.”

Working in the home is a tough job for one person to accomplish alone while doing other outside activities. It is not fair when some African men still refuse to recognize the change. According to Mrs. Tshihamba, living here in the States is much different from living in Africa. Mrs. Tshihamba considers herself as one of the lucky women living in a different culture.