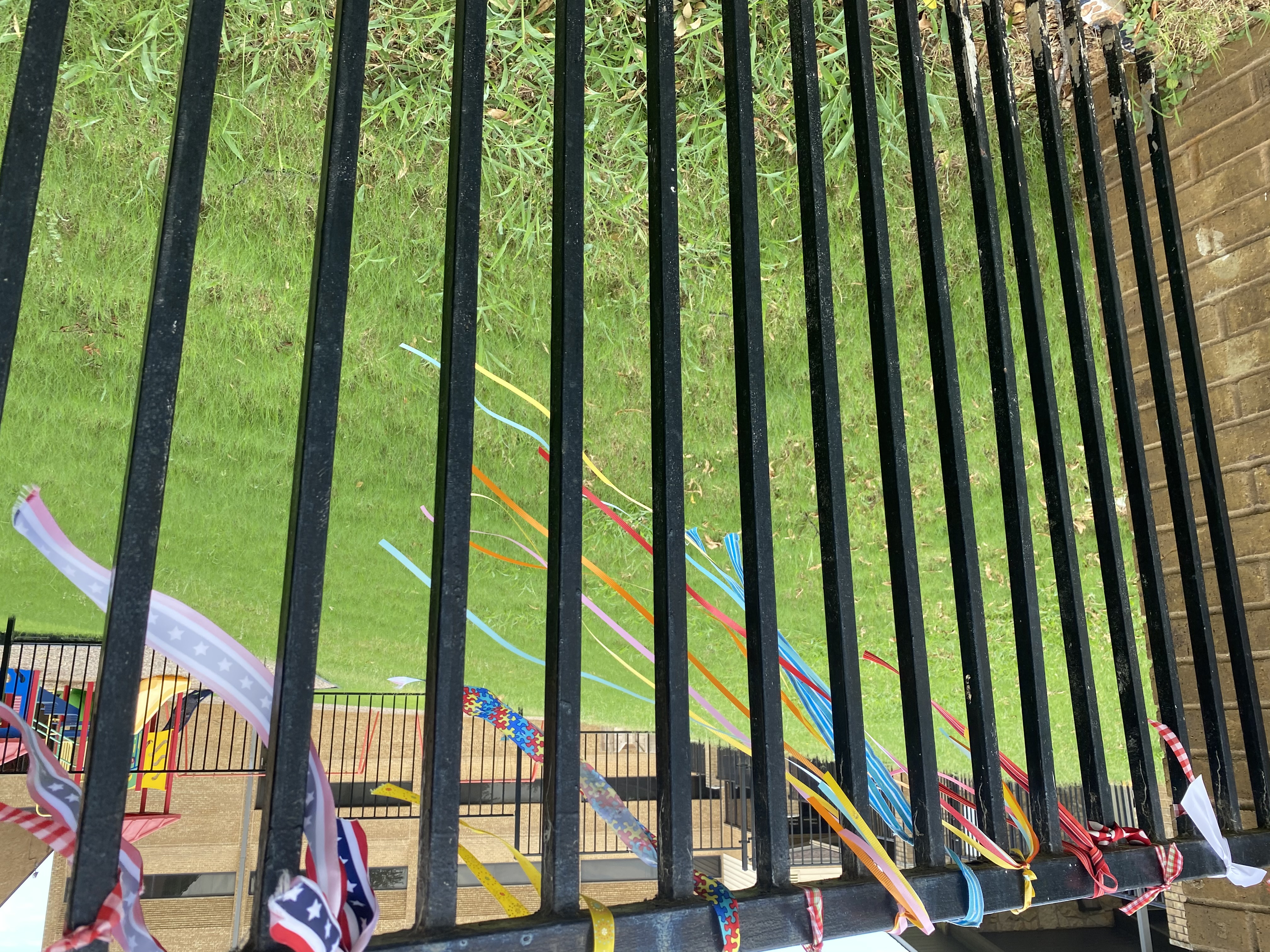 Earlier in the pandemic, we were invited to tie ribbons on our church’s playground fence. Each ribbon represented a prayer we offered to God. I would notice the prayer fence every time I drove by that end of our church building. I appreciated the visual reminder to pray—which I sometimes forget.

Over the days and weeks, the number of ribbons grew and sometimes it made me sad to drive by. We as humans carry around so many burdens each day of our lives. And, especially now, during these days. Seeing all of ribbons, all the prayers, hanging out there. . . well, sometimes it was overwhelming to think about. I never counted, but there were a lot of ribbons on that fence.

Time passed and it became time to remove the prayer ribbons from the fence so that it could be painted. So, one sunny, autumn afternoon, I took my scissors and got busy with my task of removing the ribbons one by one. But, after three or four, I slowed down and began to notice the different kinds of ribbons. Was the red, white and blue one a prayer for our country and our troubled times? Was the rainbow ribbon for an LGBTQ+ person struggling in some way? What prayer was said when a shoestring was tied on the fence instead of a ribbon? What prayer was said when a gold ribbon was carefully tied into a beautiful bow? It was then it hit me—these are not ribbons. With each clip of my scissors, I was holding a prayer in my hand—a prayer earnestly prayed by a child of God. What started out as a chore soon became a sacred act.

I have to admit that often taking that route, I was struck by the beauty of the fence. It pleased me to see the multi-colored strands of fabric fluttering in the wind. Even though they got worn and tattered from the weather, they still looked lovely and danced alongside the playground. At those times, instead of feeling sad, my heart was filled with gratitude that we worship a patient, attentive God who loves and cares for us, always offering a listening ear whenever we need it.

Thank you, God, for the beautiful gift of fluttering prayers!