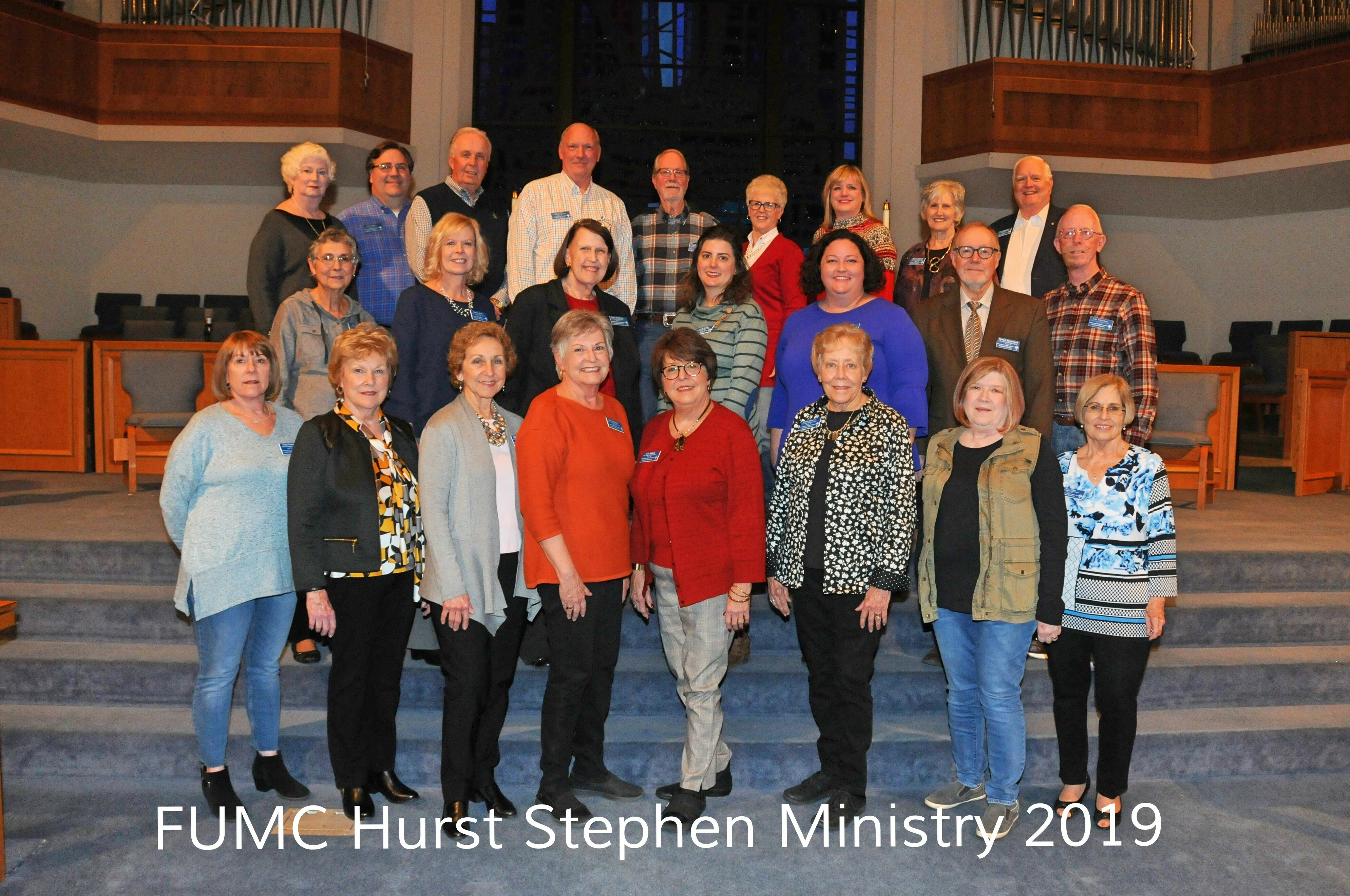 How did the idea of beginning Stephen Ministry at FUMC Hurst begin?

In 1985, our oldest son died and what we found was a great big community of people who really wanted to help. Christian people whose mission was to help us get through this horrendous thing. We had commented to one another there’s got to be a way for us to use this horrific experience to be helpful to somebody else. We didn’t know how to do that or what that was going to look like. In 1993, John Fiedler was our senior pastor - he had come from a church that had Stephen Ministry. When John called and said there's something called Stephen Ministry that I want to bring to our church - would you all be willing to go to St. Louis, train, and come back here and help start the ministry at our church? It sounded like something that maybe we had been looking for. We said yes - without any hesitation, without knowing anything. And we went to St. Louis for two weeks and heard about Stephen Ministry.

How did was the first training class recruited?

We came back to meet with all of the Sunday School classes, UMW, a men's fellowship that we met with - every small group that was available – to talk about Stephen Ministry. Keep in mind this was all new to everybody here. We held informational meetings for people who might be interested in becoming Stephen Ministers. That took us into 1994. There were 42 people who came to the first info session. The second session that narrowed down to 25 and in the end, we trained sixteen people in the first class.

What was the training and commissioning like for the first class?

That first group was very special. The group was led in the 50 hours of education and training that Stephen Ministries St. Louis had instructed. That Sunday morning [of the commissioning], John made an elaborate deal out of the commissioning. He had an altar, a small little altar up by the pulpit. And each one of those 16 people knelt and were anointed with oil. It was a big deal. But that's how it began. It began with John knowing how valuable it was in his church before he got here and how indispensable it would be for this congregation.

What challenges were there with getting it going?

In the early days, it was hard to get people to commit to 50 hours of training. Anybody who has been in church knows that accountability, showing up for 50 hours of training, is very different. There are not many other lay ministries that say you're going to be here for 50 hours of training and you're going to show up twice a month to be accountable for the relationship with your care receiver. We had to search for people who we thought had this kind of gift, who would commit to Stephen Ministry and the caring relationship. So that was a big challenge. To keep people trained, to keep people coming.

In the first few years, was the ministry meeting the needs of others?

I think the big thing is, even now, that a Stephen Minister was there, period, as long as the need was there. We had lots of friends who stuck with us for weeks and weeks, but they finally had to go back to their jobs and their own life. A Stephen Minister is going to be there, no matter what. There is a definite difference between a friend and a Stephen Minister.

What are some of the achievements or successes with Stephen Ministry?

The very fact that it's still here 25 years later would speak to a strong foundation, good leadership and methods that succeed. We were trained that one of the things that would cause Stephen Ministry to fail would be not having leaders. And it was imperative that we keep training people, keep on sending people to training.

What does Stephen Ministry add to our church?

There's not any way that the pastoral staff, any of them, can give long term care to people who need that type of help – it is emotionally and physically impossible, especially in a church our size. Stephen Ministry can. That's who we are. We're there until we’re dismissed by the care receiver. Clergy are there when the crisis erupts and then they’ve got to move on to the next crisis. They can't be there for the long haul. The Sunday School class can’t be there for the long run. So that's the big value of Stephen Ministry. It has been measured by personal testimony. Down through the years, we've heard from people over and over, more than complimentary, saying things like I don't know what I would have done. When you experience life changing situations, it doesn't go away in six months or a year or sometimes ever. You don't get away from milestones. Stephen Ministry was our redemptive find and it has proven to be invaluable for many. We think that it was meant to be.

Stephen Ministry is an integral part of the Caring Ministries at First United Methodist Church of Hurst. Currently, there are 23 active Stephen Ministers in our congregation, dedicated to giving one-on-one care for as long as necessary, believing that a listening ear and a loving heart are necessary while God heals the hurts. Since its creation at FUMC Hurst in 1994, over 116 people have been trained as Stephen Ministers to serve this congregation and those that are hurting. For more information about Stephen Ministry and/or to receive a Stephen Minister, contact Kitty Hickerson at . 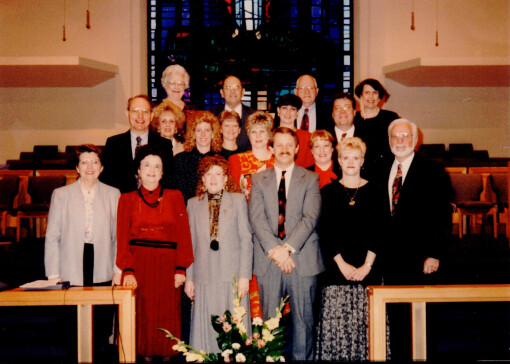