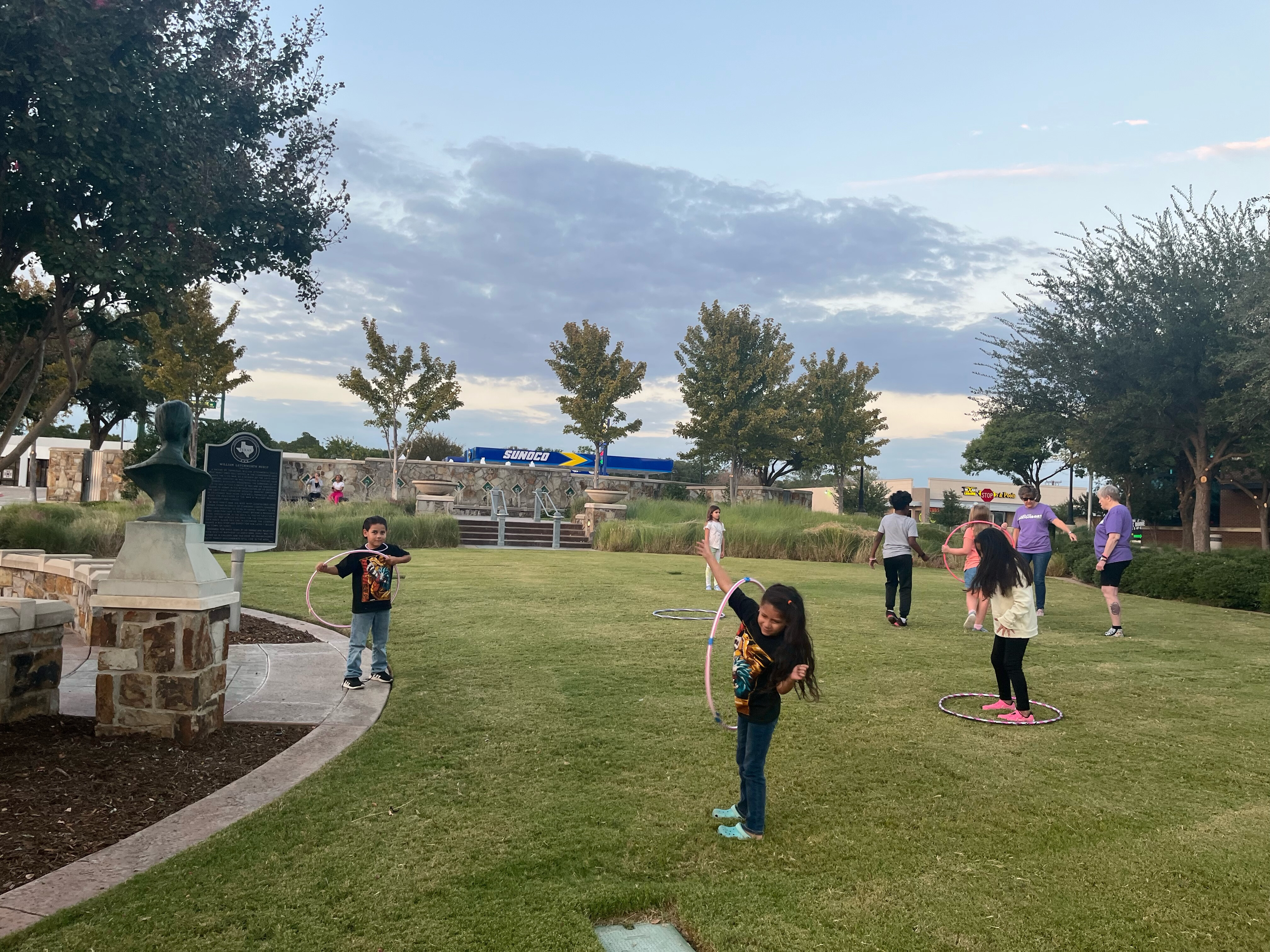 Sometimes it takes a village, but other times it only takes three dedicated women who want to “do” church outside the walls. That’s what happened Friday night at the City of Hurst Movie Night. It started as an idea about how to advertise The Night Before Halloween Party  and grew into a kid friendly event. And it only took three dedicated women with a vision.

This past Friday three of the dreamers met at Heritage Park where the city will be showing movies every Friday in October. They weren’t sure what to expect since we (the church) has never really done this before. They took glow-in-the-dark bracelets with labels advertising The Night Before Halloween Party and hula hoops. As families came, one or two women circulated to pass out bracelets and explain about the party. At the end of the park, the others played with hula hoops and kids joined in the fun. Initially no one could figure out how to hula hoop and so they began polling the people present. Eventually one young women volunteered to demonstrate (an unexpected ice breaker) and then the fun began.  For almost an hour, the kids were entertained before the movie began.

So what does success look like? Parents who are happy that the kids aren’t complaining and kids who are happy to have something to do. And all it took was three dedicated women (Diana, Sharon, Fannette) with a vision to do church outside the walls.

Come join us at Heritage Park in Friday nights during October. Entertainment begins at 6:15; movie around 7:30. 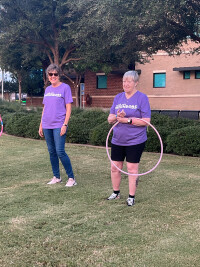 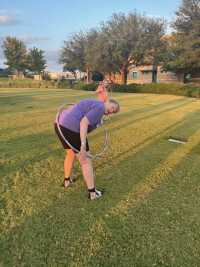 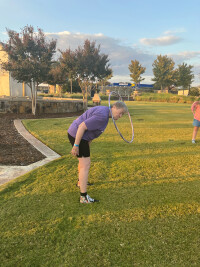 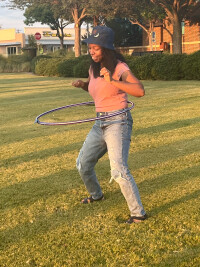 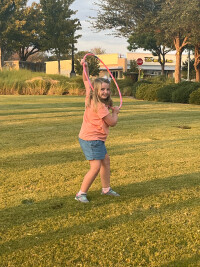 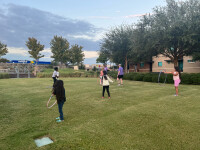